Here's Every PlayStation 5 Game Sony Has Announced So Far

Sony's PlayStation 5 launch is coming up fast, and there's been a steady stream of news about the next-gen console for several months. We already know what it looks like (it's very curvy), and while you'll have a hard time snagging it right now, preorders have opened up. More importantly, we now have a better idea of what games will be available for it on launch day. We've rounded them all up, and other titles coming in 2021, so you know where to start with your budding PS5 game library.

For more about the console itself, check out our PS5 hardware rundown.

Having multiple games of various genres available is crucial to the launch of any new gaming hardware, and the PlayStation 5 has a solid lineup so far. Below are what's launching alongside the console on November 12. To read more about these titles, scroll further down.

The following games will be available for the PlayStation 5, but not at launch.

Hogwarts Legacy takes place in the Potterverse, but far before Harry, Hermione, and Ron ever set foot there. It's set in the 1800s, but don't worry—the Forbidden Forest and Hogsmeade are still around. You'll be playing as your own character attending Hogwarts, and the open-world RPG will allow players to master spells, craft potions, explore various locations, and—no big deal—decide the fate of the wizarding world. The game was developed by Avalanche and published by Warner Bros. Games under the Portkey Games label.

Final Fantasy XVI is an all-new, PS5-exclusive addition to the series. (Note that the exclusivity may be timed.) The latest in the long-running series is directed by Hiroshi Takai and produced by Naoki Yoshida. Other details are scarce—according to the announcement post, the "next big information reveal is scheduled for 2021"—but in the meantime, the trailer's magical visuals and soaring soundtrack speak for itself.

Kena: Bridge of Spirits sees players in the shoes of a young enchantress as she takes on the evils plaguing a charming forest. To do this, she commands a group of fuzz, small helper spirits collectively called "the Rot." It's developed by Ember Labs, a studio with a background in animation that shines through in the gameplay trailer—it looks like you're playing a Pixar film.

Releases in the first quarter of 2021

Goodbye Volcano High is a choice-based narrative game set during the final year of high school for teenage dinosaurs. Centered on appropriately moody dino-teens, Goodbye Volcano High features a story rife with romance and the theme of starting of a new chapter, led by an unnamed main character voiced by Lachlan Watson of The Chilling Adventures of Sabrina.

A PS5 exclusive, Ghostwire: Tokyo is a supernatural action adventure game that takes place in a mysterious and lavishly detailed rendition of Tokyo. A paranormal event causes 99 percent of the city's inhabitants to disappear, and it's up to you to find out what happened. You get to wield cool powers while you do it.

This is the eagerly anticipated follow-up to the well-received Horizon: Zero Dawn video game from 2017. It takes place in a vast and dangerous wilderness to the far west, and centers around the search for a cure to a mysterious plague ravaging the planet. Filled with even more robot monster animals, Forbidden West sees Ashly Burch returning as the voice of the heroine Aloy.

This is a game where you become what you eat. Literally. Your limbs and eventually your entire body are replaced by the foods you've eaten. You can become centipede ribs, cinnamon rolls, or any variety of snack food. It's weird, but in a good way.

This new take on the classic zombie series sees players dropped into a foggy, frozen village stalked by unspeakable horrors. Just another day in the life, right? Village takes cues from Resident Evil 7 in that it's more horror than action-horror—a welcome return to form.

Stylish actioner Deathloop will have players running for their lives as they try to escape a time loop that resets with every death. The tricky part is, you're stuck in a city filled to the brim with assassins who want nothing more than to end your life to keep their party going. It's a lot, but it looks fun.

Another game based around a time loop, Returnal puts you in an astronaut's suit. You'll need to try and try again to escape a dangerous alien world that becomes stranger and more menacing with every death.

This spacefaring exploration title from the makers of Sword & Sworcery puts you in the shoes of Mei, an interstellar scout who's been slumbering for more than a thousand years. You'll explore a mythic ocean world on the furthest reaches of space to build a new home for your people.

Here are some other games Sony has revealed, alongside more details on some of the launch titles. 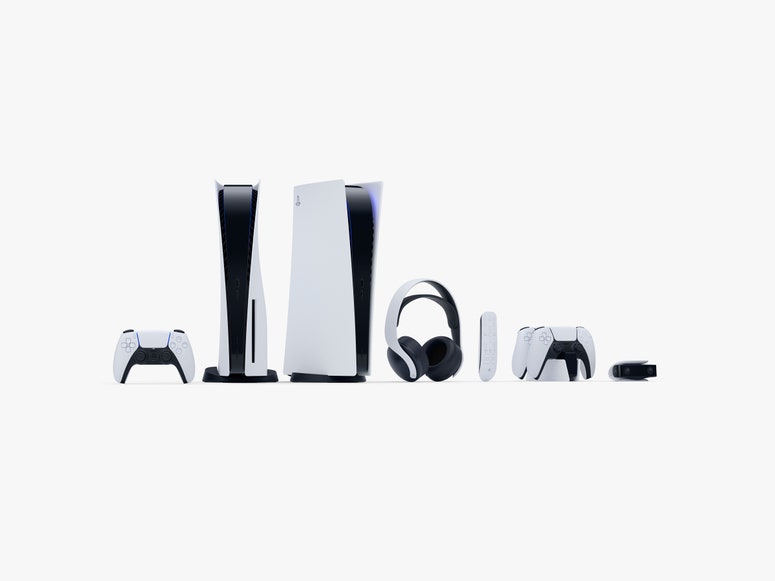 This Is the PlayStation 5. Both of Them

We finally saw Sony’s new PS5 and the two consoles (plural!) are … curvy.