I’m Done Being Mistaken for Jeff Bezos and MacKenzie Scott

A few days ago, someone called me five times in the span of a few hours, flooding my voicemail box with long rants about valuable patents they wanted me to buy. Irritated, I sent them a quick text hoping to clear things up: “Hello! Please stop calling me, I am not Jeff Bezos. I am a journalist, and the reason our numbers are confused is because of a quirk with Google. Here’s an article explaining why this is happening.”

I only had to wait a few minutes for a response. “If you were anygood you would have called jeff benzo but i think your jealous or plane stuip i would make headlines if i was you.”

Honestly, they have a point: I am plain stupid for allowing callers like this person to annoy me for so long. I don’t usually respond, but their messages still pile up in my inbox and on my phone. For over a year now, Google’s search algorithm has presented my phone number and email address as the contact information for TikTok customer support, MacKenzie Bezos (now MacKenzie Scott), and, most recently, Jeff Bezos himself. At this point, I’ve probably gotten over 1,000 calls, texts, and emails meant for powerful billionaires and tech companies.

I’ve asked Google to fix this issue many times, to no avail. So now, I’m giving up. Today is my last day at WIRED, and as a result, the email address Google is surfacing will soon be out of commission. I plan to deactivate the phone number—a Google Voice number, coincidentally—as well.

This saga started sometime last year, after I wrote a story about MacKenzie, who had recently divorced from Amazon CEO Jeff Bezos. She announced that she would give away the majority of her fortune, estimated at the time to be worth over $30 billion. My piece argued that rich people’s generosity won’t fix the world. Embedded in the article’s web page was my email address and phone number, included for readers to share feedback or tips—something plenty of journalists do. 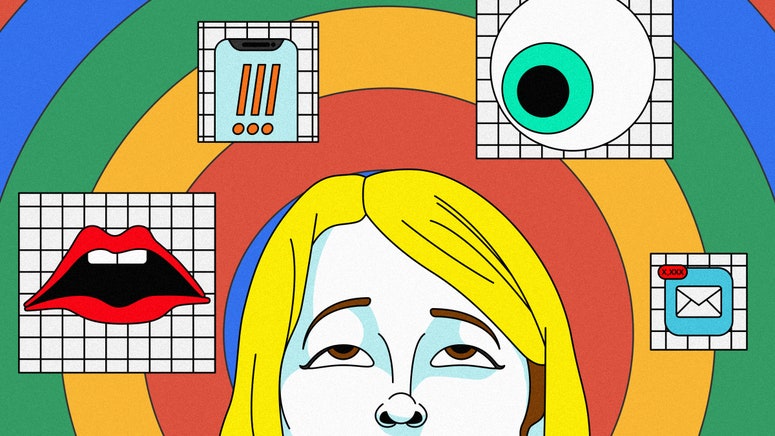 The Year the Internet Thought I Was MacKenzie Bezos

Soon after the story was published, I began receiving an avalanche of messages meant for MacKenzie, everything from marriage proposals to devastating stories of personal loss. Almost everyone, of course, wanted money. At first, I didn’t know what was happening, but I soon traced the problem back to Google’s search engine: If you looked up a phrase like “MacKenzie Bezos phone number,” it would often spit back the article, along with my number and email address, which were prominently displayed in a stand-alone box called a “featured snippet.” Google also began associating my number with TikTok support after I published a simple guide to using the app. I first wrote about the problem earlier this year.

“In situations where people are searching for something like a phone number that is not readily available online, our systems are understanding these pages (that include those exact keywords plus a phone number) to be the best matches available, even if the phone number is not the correct number for that entity,” Lara Levin, a spokesperson for Google, said in an email at the time. She added that the company was planning to look at ways it could improve its system “to better recognize” when a phone number should not be resurfaced as a featured snippet.

So far, that hasn’t happened. From my perspective, the only thing that’s changed is I’ve started to hear from more people trying to reach Jeff, rather than MacKenzie. I can’t be sure, but I think the culprit is a separate article I wrote in February about the billionaire’s plan to donate $10 billion to combating climate change. Jeff Bezos and Amazon did not immediately return requests for comment.

It’s been interesting to watch the different tactics people use to contact Bezos, compared to his ex-wife. I now receive far fewer compliments about my appearance, and many more business proposals and investment opportunities. Overall, I’ve found myself reading the messages less and less. It turns out that masquerading as different billionaires does, in fact, get old.

So I’m shutting down my Google Voice number, and my WIRED email address will go dark at the end of today. I could spend a few hours removing my number from the dozens of articles where it’s posted, but deactivating it feels like the simplest, surest solution, and the right one. I’ll miss writing for WIRED, but I’m relieved that my days of being mistaken for Jeff or MacKenzie are over.