That question wasn’t yet in my head when I began my project, three years ago, to estimate the relative popularity of image meme templates—pictures like the “Distracted Boyfriend” that are overlaid with text and shared. We have the Nielsen ratings to measure TV audiences, and similar systems exist for books, films, albums—but nothing for memes! I’m a data scientist by profession, working at a medtech startup; I decided to create such a system myself.

The Nielsen ratings are based on sampling a relatively small number of households. This isn’t enough data to measure exact TV audience figures, but it is enough to identify trends. My meme system would be similar: I’d download some of the most popular images posted online each day, and then run a machine-learning classification model to identify whether a meme template had been used in each image. (Data science geeks who want more detail can read this article about the project, or get a copy of the raw data here.)

I ran this analysis throughout 2018, downloading 400,000 images and creating a running chart of the top 10 memes throughout the year. Those results are presented below. The notorious Drake meme was most popular, overall, with the expanding brain in second place. But a closer look at the data would draw my attention to another, more surprising meme instead. Number four, the Surprised Pikachu, seemed … suspicious.

The still image of Pikachu looking rather shocked had been pulled from a Pokémon cartoon that first aired in 1997, and it apparently emerged as a meme after being posted by a Tumblr user named Angela on September 26, 2018. (Angela told me she'd first grabbed the screenshot in 2017, and that it was sitting on her hard drive for over a year before making the post that led to its initial online spread.) But I first suspected something was off when I examined the timeline of its popularity in more detail. The number of people viewing the Surprised Pikachu meme spiked in the first half of November. In fact, this meme had more views in seven days than any other meme managed in any seven-day stretch throughout the year. What was so special about this particular meme, and this particular week in November?

The trailer for a live-action Pokémon film, Detective Pikachu, was released in November, and it even featured a shot of Pikachu with the exact same expression as the meme. That neatly explained everything: The Pikachu meme surged in popularity when Warner Bros. began promoting the film, which was the biggest (and only) Pikachu-related news from around that time.

But when I looked at the dates, something didn’t add up.

This first trailer for the film was released on November 12, and there were no prior warnings. Google Web Search data confirms that barely anyone knew about the film before this date. Yet the Surprised Pikachu meme had started skyrocketing in popularity more than a week before, reaching peak saturation on November 10. The film trailer could not have contributed to the meme’s rapid spread. This leaves us with a remarkable coincidence: A very successful Pikachu meme happens to have gone viral in the week running up to the launch of a marketing campaign for a Pikachu film.

For context, let me show you what it looks like when an event does cause a viral meme. A textbook example is when Elon Musk smoked weed on the Joe Rogan podcast, which aired live on September 7, 2018; the Baked Elon Musk meme hit peak saturation a few days later. In that case, you can see the meme surge in popularity after the spike in Google search traffic (the opposite of what happened for Pikachu). The evidence suggests the Musk meme was not created for financial gain, especially given that Musk’s antics reportedly contributed to a plunge in Tesla’s stock price.

Coincidence is not causation. For more evidence that something fishy had gone on, I compared the data on Surprised Pikachu to that from other viral memes which showed sudden spikes of popularity in 2018. My lineup included the 10 memes with the steepest increase in seven-day views, as measured from when they first passed the 1 million mark to when they reached their peaks.

Of these 10 viral memes, nine peaked within a week or two. The one that stood out from the crowd was, unsurprisingly, Pikachu, which took more than twice as long to peak, at 26 days. Furthermore, Pikachu had a suspiciously shallow gradient for its first 19 days before suddenly exploding in popularity. This is not how viral memes normally behave.

Hypothetically, if I were to run a meme astroturfing campaign, I would have a target date in mind. I would start testing the waters about a month before that date, to make sure my astroturfing methods were effective. But I wouldn’t go too far, for fear of oversaturating the market too early. No, I would wait until about a week before the target date to trigger the big push, to throw all my resources at forcing my meme into the stratosphere. Though what do I know? I’m just a data detective.

The evidence was mounting against Pikachu, but to play devil’s advocate, I must point out that viral memes can indeed appear from nowhere, and yield financial benefits. The “Who killed Hannibal?” meme, for example, featuring comedian Hannibal Buress, was not caused by any news event. Shortly after this meme went viral, we see a spike in people searching Hannibal’s name, which no doubt provided at least some modest boost to his career.

However, there are crucial differences between Hannibal and Pikachu. Hannibal was not about to launch a new film or special, so if this meme was a marketing campaign, it was poorly timed. Also, while Hannibal is probably doing OK for himself, he doesn’t have the marketing resources of Warner Bros., which had set out to build a new film-and-merchandise franchise. “Who killed Hannibal?” originates from The Eric Andre Show, a low-budget series produced by Adult Swim. Detective Pikachu had a large marketing budget, featuring promotional tie-ins with Burger King, Nintendo and 7-Eleven.

“Who killed Hannibal?” looks to be one of the many examples in which a screenshot from a piece of pop culture is taken by the internet and catapulted into viral meme status. This is what makes it so appealing to use memes for stealth promotions: Given that so many memes draw from pop culture already, who would ever notice?

Stealth internet marketing is a thriving industry. It doesn’t take much searching to find companies you can pay to astroturf social media posts. This kind of small-scale manipulation has been around for a while, but my hunch is that in recent years these companies have graduated to a new level of mass-meme marketing. 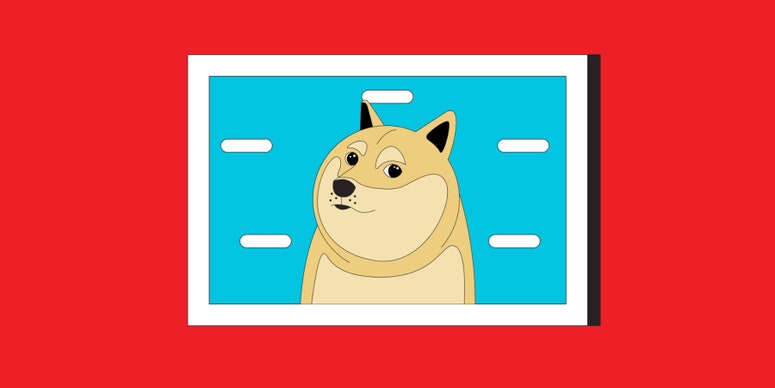 The WIRED Guide to Memes

Meme-based marketing campaigns might be a gamble, but with high risk comes high reward. Let’s talk hypotheticals: $100,000—probably just a tiny fraction of Detective Pikachu’s marketing budget—would be enough to fund a small team to work on such a campaign for two months. Facebook advertising can cost $10 per 1,000 views. If the Surprised Pikachu meme ended up getting 90 million views (which is probably a vast underestimate), that equates to $900,000 worth of publicity.

So, was Surprised Pikachu an ad campaign? Angela—the original poster—says that if this was a corporate scheme, she was not involved. "I WISH Pokemon hired me as a sleuth marketing coordinator," she told me via email. "That seems like a fun job." Maybe, though, her good idea was borrowed by others, who boosted it for profit. I’m afraid I can offer no final verdict on that question. I am a mere data detective—I live by the statistician’s code, and will never claim anything with 100 percent certainty.

However, I will say that I am 95 percent confident that this meme was the most successful stealth marketing campaign of 2018.

But, you know, I could be wrong.

Updated, 11/2/2020, 2:00 pm EST:
This article has been updated to include comments from the originator of the Surprised Pikachu meme.