These Factory Robots May Point the Way to 5G’s Future

Perhaps humans weren't meant to be the early adopters of 5G.

At Bosch Rexroth in Bavaria, Germany, wheeled robots that zoom between manufacturing machines and robotic arms that help hoist and connect components come with an unusual new feature—5G modems.

The division of Bosch that sells advanced manufacturing equipment sees 5G as a big future trend—and not just for gaming or superfast movie downloads. The company has developed a modular production line where every piece of equipment—plus high-precision power tools—is connected via 5G.

The new wireless standard may seem underwhelming so far to smartphone users, but it’s gaining followers at some factories, office compounds, and remote workspaces, with good reason. 5G promises insanely fast download speeds—up to 10 gigabits per second, roughly 20 times as fast as current networks—that could deliver virtual reality to smartphones and other mobile gadgets.

But the highest 5G speeds only work on some types of transmitters, and it will take time for wireless carriers to build out their networks. This means patchy and inconsistent performance for 5G smartphones so far.

Inside a factory or warehouse, however, a private wireless network can guarantee coverage. The new standard also promises latencies as low as a millisecond, compared with around 50 milliseconds for current networks, as well as high reliability and the capacity for many thousands of devices to connect at once.

The WIRED Guide to Robots

Everything you wanted to know about soft, hard, and nonmurderous automatons.

Gunther May, head of technology and innovation at the Automation and Electrification division of Bosch Rexroth, says adding high-speed wireless links to robots and other equipment allows them to be coordinated and calibrated more precisely, helps predict costly malfunctions and downtime, and allows sophisticated software, including artificial intelligence, to be piped in to make them more capable. The company’s 5G-enabled robots are prototypes, but Bosch Rexroth plans to roll them out to customers in 2021.

To orchestrate and optimize the behavior of an entire factory floor, “you want to have a constant, continuous connection,” May says. 5G includes several features that make it more reliable than existing wireless solutions, including schemes for recovering lost packets quickly and ways for routing data around network bottlenecks. “We’ve had wireless connectivity [in the factory] before, mostly Wi-Fi, but in terms of reliability it’s not good enough,” he says.

Reliability is, of course, a big deal in manufacturing. A few dropped packets might not matter in offices or homes, but it could mean a robot missing its cue or even grinding to a halt, resulting in a costly production shutdown.

Private 5G networks also promise significant security benefits, since bandwidth does not need to be shared and additional encryption can be used. A company operating a private 5G network should be able to monitor closely all the data traveling through it. In the US as well as Germany, a hub of technologically advanced manufacturing, companies can buy spectrum rights to build a network separate from those of wireless carriers.

Several German companies, including BMW, Volkswagen, and Lufthansa, are testing private 5G networks before some of the country’s wireless carriers roll out their own.

Other companies building private 5G networks include mining firms such as Sandvik Mining and Rock Technology, based in Sweden, which use the technology to operate equipment remotely. Another early adopter is Finland’s Konecranes, which makes heavy machinery for shipping, forestry, oil and gas, and other industries.

Beyond manufacturing, Matt Melester, a senior vice president at CommScope, a networking company, says hospitals will be interested in setting up private 5G networks—for monitoring patients, collecting data from increasingly sophisticated instruments, and even for virtual reality rehabilitation. But Melester, the author of a recent industry report on the potential of private 5G networks, says not all businesses require such fast connections.

A number of companies are currently weighing up whether private 5G networks may be worth the extra cost, either in terms of spectrum licensing fees or service costs.

In the logistics space, for instance, the package delivery company DHL recently launched a pilot study to examine the pros and cons of equipping its machinery—including package-sorting machines and robots—with 5G.

“What we'll do is figure out not just what the benefits of 5G technology are compared to 4G or LTE networks, but also what the cost is, and what it will take to adopt it,” says Gina Chung, head of innovation for the company in the Americas. 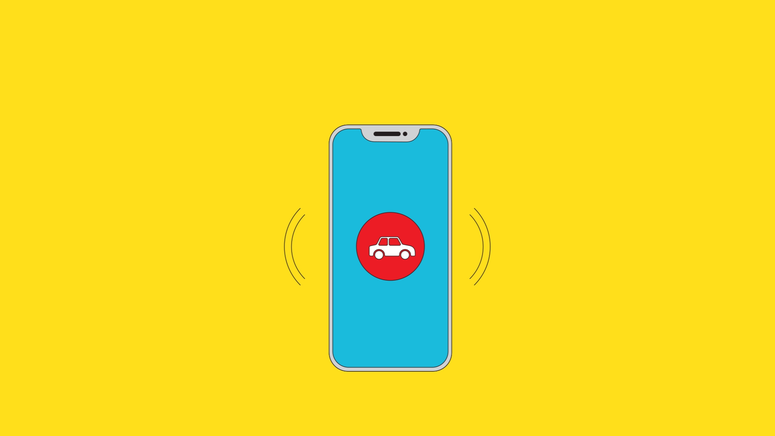 Eventually, 5G might help advance another technology trend, machine learning, to usher in more futuristic use cases. Researchers at NYU, the Max Planck Institute in Germany, and Oppo, a Chinese smartphone manufacturer, have shown how the wireless technology could bring sophisticated intelligence to more advanced kinds of robots.

The researchers show how a 5G link can give a humanoid robot, which exists inside a simulation for now, its brains—the algorithms that let it make sense of its surroundings in order to balance and walk confidently on two legs. Doing this requires some clever balancing of computation, since the robot has to keep functioning even if the wireless link suffers from a drop in speed due to interference.

“Most of the computations can be done outside of the robot, decreasing the need for complex onboard computers and also significantly increasing battery life,” says Ludovic Righetti, an associate professor at NYU involved with the project. “We think that this can dramatically increase the autonomous capabilities of robots.”

Righetti and colleagues plan to test their algorithms on a real quadruped robot. And some of those involved with the project are helping to draft an update to the official 5G standards that will set standards for delivering AI, through 5G, from the cloud. “5G wireless offers a unique opportunity to move complex algorithms from the robot to the cloud,” Righetti says.